TIP: Using Events to Get Noticed Using an Event to Get Noticed

Just three years after opening, Anthony Rausa with Preferred Insurance of La Crosse faced a problem many of us have — getting what you do noticed in new ways. He looked at marketing tools such as social media advertising, Google Ads, and SEO (search engine optimization). To make sense of which to use, he turned to La Crosse’s Ryan Aarstad, owner of SiteFire Digital Media Agency and The Client Blueprint. The freelancer gave Rausa a piece of advice -- pursue  many creative ways to generate brand awareness and website traffic for your small business. One of them is events.

With his background as a search engine optimization (SEO) expert, Aarstad’s goal was to create an event-focused marketing strategy to get the new website for Preferred Insurance Agency of La Crosse to rank higher in searches.

“We did it,” said Aarstad. “The Preferred Insurance strategy shows that there are creative ways you can leverage people’s attention using events to focus attention on your brand.” When Preferred Insurance Agency of La Crosse approached Site Fire Digital Media to enhance its marketing, Aarstad began by working with Rausa to identify the company's goals. They mirror many of the goals many of us have:

“I, personally, think SEO should be the cornerstone of local marketing efforts for probably 95 percent of small local businesses,” said the marketing guru. “I am always considering how SEO can be implemented into any marketing campaign.”

With clear-cut goals, it was time to develop the product to promote and hope the public indeed saw the value.

The marketing company owner was wanting to do some type of community outreach as marketing for a while, “Something that would get more local attention and traffic to the website.”

This freelance marketer narrowed his strategy to an existing event, “Something that would generate local hype and slingshot efforts online.”

“I wanted organic visibility and then use social media ads to fuel the momentum,” said Aarstad. “I knew Halloween was coming up, which is a holiday many people love. It’s fun. It’s exciting, and I figured I could relate the holiday to the products and services Preferred Insurance offered.”

The result — an online page with a list of best-decorated Halloween-themed houses.

“The event’s keywords of ‘Best Decorated Halloween Houses’ aligned with Preferred Insurance’s website, whose offerings include home insurance,” he said.

With the idea in hand, would he be able to find homes worthy of being called the “best” and showcasing compellingly?

Aarstad drove around, scouring the city for some of the most well-put-together houses he could find. He reached out in local Facebook groups for leads on where the best houses were.

Next, Aarstad used his UW-La Crosse media degree and photography experience whil ein California to take multiple, long-exposure night photographs of each house. He put great thought into each photo, “I made the images compelling by taking night photographs of the fully lit Halloween displays. I didn’t think a single distant photo of each house would do the house or the page justice, so I opted to include a quality main photo for each home."

The web page Aarstad created includes “Get Directions” buttons to make it easy for people on mobile devices to locate each home by clicking on them and having Google Maps open for navigation.

He embedded on the page one Google Map of all the house locations. It includes descriptions and photos. “I wanted visitors to be able to also use the map to help plan and navigate to the different locations.”

As an added touch, on the comprehensive Google Map, Aarstad added fun “ghost” pin icons that visitors could use to help plan and navigate their Halloween House “tour”. Strategically, this added another SEO element to the page.

“Yes, the map would be very helpful for visitors, but it is another online property or tool I used to link back to the main page,” the SEO expert said. “It’s one that local people are actively using, which makes it that much more powerful.”

With the content complete, it was time to get the “Best Decorated Halloween Houses”  page noticed and used.

He had built it, it was time to figure out how to get people to notice.

This freelance marketer took a multi-faceted approach to distribution, saying, “I wanted the most eyeballs on the content, of course, but also because I needed to see what worked.”

Aarstad weighed the pros and cons of each type of distribution.

Fundamentally, it was a battle of driving people to the website through organic distribution / coming up in searches or to a Facebook event page.

“I shared the page to Facebook groups to generate some organic reach on Facebook,” said Aarstad. “This proved to be helpful in getting numerous eyes on the content as well as shares.”

While this was very successful for the campaign, it's possible that it may not receive much visibility since it is completely dependent on the Facebook algorithm. Also, the attention could dwindle very fast as often does on social media.

“From the start, I knew Facebook ads would be a large part of the campaign strategy because I thought I could reach people with this content with paid ads,” the freelancer said. “Even in a worst-case scenario, I knew I would still be driving local traffic for SEO efforts.

Aarstad considered creating a Facebook Event, “Granted, my ‘event’ is not traditional, being more of an offline event, but we’re thinking now more in terms of the marketing strategy.”

He knew the benefits of having a Facebook Event that drives people to Preferred Insurance of La Crosse’s website:

Still, marketers know that Facebook’s algorithms change and perform unexpectedly. Would this work?

Aarstad needed to keep momentum going, debating how. “It was at this point where I was debating whether to implement a Facebook Group strategy, or a Facebook Event Strategy, or any other strategy for that matter that would help me with my campaign objectives.”

He decided to create a “Facebook Event” page. He shared to Preferred Insurance of La Crosse’s Facebook page, then invited his friends to the event.

“At the same time, I created a Facebook ad for, telling it that I wanted ‘event responses’ as the objective of the ad,” Aarstad said. “My thought was that Facebook would deliver the ad to a new audience based on its algorithm. This is different from the brand-awareness ad I was already running.”

Aarstad would compare the cost of these ad types to help gauge how each of the campaigns were doing. He hoped the Facebook algorithm would work in his favor as people engaged with the event. He wanted Facebook to see this event as “quality” and show the event to more people organically versus through his paid efforts.

That is precisely what happened.

Interestingly, that actually equates to a 1:4 ratio of touches. “In organic marketing, they would visit the “Best Halloween Houses” page once,” explained Aarstad. “If people responded to the Facebook event, the platform would show them the event on the events page, remind them of the event, and the event was searchable on the Facebook platform.

Knowing how the algorithms work is complex. “This gives people a peek under the hood” of a successful event marketing campaign to help stimulate your imagination as to how you could use some of these strategies to help accomplish your local business marketing goals,” Aarstad said.

Four days before Halloween, the ads reached 9,365 with nearly 21,000 impressions and 400 link clicks. The organic reach resulted in 250 likes and shares, more than 7500 people using the map and 2200 website visitors.

Beyond the numbers, this is also a story of creating a campaign that goes beyond accomplishing Preferred Insurance of La Crosse’s goals. The company gave back to the community and built a relationship.

Potentially thousands of people may remember Preferred Insurance as providing a great tool and activity with which to celebrate Halloween. It starts with being brave enough to be creative — and having fun while doing it. Marketing Your Business During COVID

An engagement platform providing news and resources that help our community thrive, with calls to action that engage you, so we can build a greater La Crosse. 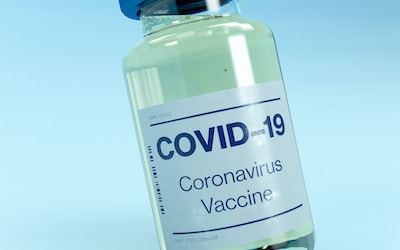 The Biden administration is telling large businesses to move forward with OSHA's new mandatory vaccination. Meanwhile, a federal court put the requirement on hold Saturday.   Employers and Several States Suing OSHA for Constitutional Issues with the... 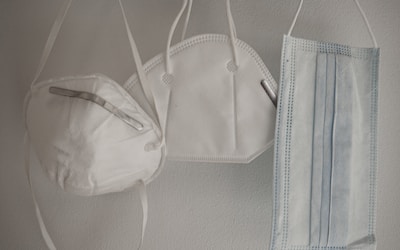 1-Minute Data of the Week: Marketing That WorkDISCLAIMER: Engage Greater La Crosse is providing this data knowing that it is provided by an email system that benefits from the results of this data. We do so to educate on... Improving the Highway 53 Corridor: A Plan

An engagement platform providing news and resources that help our community thrive, with calls to action that engage you, so we can build a greater La Crosse.

The Biden administration is telling large businesses to move forward with OSHA's new mandatory vaccination. Meanwhile, a federal court put the requirement on hold Saturday.   Employers and Several States Suing OSHA for Constitutional Issues with the...

1-Minute Data of the Week: Marketing That WorkDISCLAIMER: Engage Greater La Crosse is providing this data knowing that it is provided by an email system that benefits from the results of this data. We do so to educate on...

Improving the Highway 53 Corridor: A Plan

Find awesome listings near you!